Contrary to popular belief, Lorem Ipsum is not simply random text. It has roots in a piece of classical Latin literature from 45 BC, making it over 2000 years old. Richard McClintock, a Latin professor at Hampden-Sydney College in Virginia, looked up one of the more obscure Latin words, consectetur, from a Lorem Ipsum passage, and going through the cites of the word in classical literature, discovered the undoubtable source. Lorem Ipsum comes from sections 1.10.32 and 1.10.33 of “de Finibus Bonorum et Malorum” (The Extremes of Good and Evil) by Cicero, written in 45 BC. This book is a treatise on the theory of ethics, very popular during the Renaissance. The first line of Lorem Ipsum, “Lorem ipsum dolor sit amet..”, comes from a line in section 1.10.32.

Making it over 2000 years old. Richard McClintock, a Latin professor at Hampden-Sydney College in Virginia, looked up one of the more obscure Latin words, consectetur, from a Lorem Ipsum passage, and going through the cites of the word in classical literature, discovered the undoubtable source. Lorem Ipsum comes from sections 1.10.32 and 1.10.33 of “de Finibus Bonorum et Malorum” (The Extremes of Good and Evil) by Cicero, written in 45 BC. This book is a treatise on the theory of ethics, very popular during the Renaissance. The first line of Lorem Ipsum, “Lorem ipsum dolor sit amet..”, comes from a line in section 1.10.32. 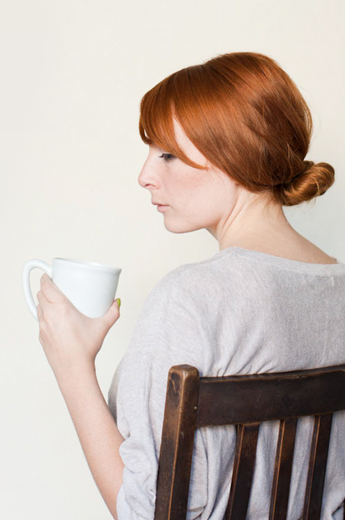 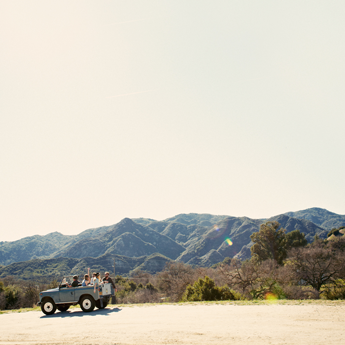 Prologue
It is a long established fact that a reader will be distracted by the readable content of a page when looking at its layout.

When I regained consciousness, I found myself lying flat on my back with a sizeable fluorescent light staring down at me from the ceiling.

Bloody painful that. The old eyelids would not stop blinking away against the glare.

Vaguely aware that I had been choosing my battles unwisely, I gave up the struggle and let my eyelids close.

Best to let the fog clear. Get my head around the current situation.

First things first: I made a mental note to do something about those bastard overhead lights – the minute I was better armed and back on the front foot.

A few seconds had passed when fear jumped inside me and my eyes snapped open again. Bloody hell. The fluorescents. The antiseptic-smelling air, and that dreadful machine bleeping behind me. Something was definitely not on the level here.

With a glance in all directions, I tried to sit up but found my left wrist, then my right one, then both ankles strapped down by four-point restraints, and to a gurney no less.

Good God. What have I gone and done this time?

Alerted by a murmur of voices and something moving nearby, I tilted my head and saw more gurneys and people in white lab coats passing by out in the hallway.

Time for my best shot at a medical evaluation.

Still alive, apparently. The rest of my status looked dodgy.

Figuring one of those blokes in the white coats might have an answer to this bollocks, I called out.

Straining my neck further forward, I saw that my track pants had been pulled down around my knees. My designer t-shirt was up around my chest, leaving exposed my pasty underbelly and thighs. A bedpan of some sort was tucked under my Calvin Klein underwear.

Out of the jumble of voices and passing forms, a black lady with a greying afro appeared overhead and stared down at me. The fluorescent lights formed a halo around her whole head.

I stared up, racking my brain for an answer.

“Do you remember anything about yesterday?”

In the chaos of what passed for a grown man’s mind, I scrambled again, trying to piece together the previous few days, but nothing came to me.

“Nothing at all?” the lady said with a slow shake of her head.

I shook my head in return.

So, still in America, north of the Mexican border and in a reasonably respectable neighbourhood. Thank God for that.

I fought momentarily with the restraints and fell back against the bed.

“Would it be too much to ask to get me out of these bloody things?”

“Are you hungry?” she said in response.

Another nurse soon appeared holding a wooden tray. The tray had three small bowls scattered on top of it.

That nurse left and the old black gal soon had a spoonful of quivering green Jell-O coming my way. I strained forward to meet the food. All I needed was for her to mimic an aeroplane.

A few shots of that Jell-O and I was done. The other nurse returned.

“Michael, I can release one arm and a leg from the restraints, as long as you show no signs of aggression.”

That old Indian bloke, Chief Joseph, came to mind. From where the sun stands now, I will fight no more forever. That was my new motto.

She released my left arm and right leg, and I allowed them to dangle freely over the bed. That small allowance of freedom felt like quite a luxury.

“Can somebody tell me what’s going on?”

“We’re just trying to find you a bed in another hospital,” the nurse who had emancipated me said. “We’ve checked but there aren’t any available.”

“We have to follow certain procedures under the circumstances.”

“And what circumstances would those be?”

The anxiety in my voice had elevated with the question, along with the thickness of my Manx accent.

“You’re on an involuntary psychiatric hold,” she told me. “You’ve been very sick, so we’re legally required to hold you. It’s for your own safety.”

“I really need to go home.”

“You must be kidding. No airline will take you in this condition.”

The look on my face said, “You’ve got to be takin’ the piss”, but she wasn’t. Both nurses went out, leaving me in my restraints.

My soul searching commenced. The self-recriminations and self-loathing. The desperate attempts to explain away my fall from grace. Only a couple of weeks earlier, I had been relaxing in a multimillion-dollar Spanish style hacienda, a kept man in what was one of the wealthiest communities in California. Sedated on OxyContin, I had a cold lager in hand, watching the first game of the World Series on a home theatre system. Meanwhile, Natasja was flipping filet mignon steaks at the poolside bar. Her elegant face was mirrored on the cover of a glossy fashion magazine, lying on the coffee table.

I gloated, thinking “fuck you” to every teacher, employer and drunken bastard who had ever questioned my ability to succeed.

So how did I get from there to here? As it turned out, the laugh was on me.

I put on a fresh reel of my self-pity movie. How could you balls up so much good fortune, you bloody fool?

Before Natasja rescued me, I had been living in Auckland, New Zealand, in a small basement apartment tucked away at the back of an old building, a fence for a view. Awakening from that downer, I found myself with a white Corvette convertible, the Bill Gates’ of the world as my neighbours and a charming drive down the coast for a segue. Carlsbad, Encinitas, Solana Beach and Del Mar, then turn left at La Jolla and amble up from the sea through rolling hills and citrus groves.

I had it made.

Christmas cards were on the agenda, displaying me in my monogrammed smoking jacket, a brandy snifter in hand and with Natasja by my side. Top it all off with the Pacific Ocean as a backdrop.

I felt a knife dig into me, remembering how I’d cocked it all up.

Several hours passed very slowly on that gurney. Then they rolled me out into a long fluorescent-lit hallway. At the end I was lifted into an ambulance. The lights and shadows of the city played on my face as we drove. I had two Deadhead types silently keeping an eye on me.

We pulled into the driveway of a small home, enclosed by a fifteen-foot fence. Barbed wire on top added a fitting touch. When the van stopped, I was wheeled out and assisted to my feet. Two nurses escorted me inside.

Locks and bolts slammed shut as each steel door closed behind me.

Within the otherwise quiet home, someone shrieked. Christ. I had spent most of my adult life fearing just this. Consigned to a nuthouse. And here I was, finally arrived.

In horror, my thoughts hurtled back to my youth on the Isle of Man. Mum with her Bible and the ol’ man with all that heroic Viking shit he had lumbered me with as a boy. Spears and rabbits in the woods, only I was the rabbit now, gored, my hind legs pumping wildly with the last jolt of nervous impulses emanating from my brain.

A nurse was talking to me.

“Michael, electro-convulsive therapy will be used if you show any signs of abnormal behaviour.”

This definitely got my attention.

Led to the communal area, I was further horrified to find coloured building blocks and an abacus waiting there to entertain me. A handful of the nut cases were watching TV – the final game of the World Series. That one hurt. In less than a week, I had gone from Natasja flipping mignon for me to One Flew over the Cuckoo’s Nest.

By the time I was escorted into my room, the drawstring from my Nike track pants had been removed. So had the shoelaces from my Asics trainers. No taking chances that I might hang myself.

The room was equally suicide proof, the bed, sink and toilet all moulded to the floor. There were no sharp edges on the furniture, no exposed wall sockets, no wires anywhere.

The room had a solitary window with wire mesh in it, in case you thought to break it, and steel bars, in case you were sane enough to try to escape. The sun was setting outside. A distant mountain range was lit up with an orange glow. I could have been on Mars.

I lay down on the bed in my designer sports gear. I had never felt so scared and alone. I didn’t know where I was. Nobody knew where I was. I wasn’t sure any of them still cared.

When a nurse passed, I remembered my manners and called out in my best BBC voice:

“Do excuse me, sorry to trouble you, but would it be possible to get something to help me sleep this evening?”

My foot and leg began to twitch like that speared rabbit.

“For fuck’s sake,” I mumbled to myself. “How do they expect me to get through the night?”

Subscribe to our newsletter to get the most recent news and updates.
Also we occasionally throw some free book(s).
BUY BOOK